BRACE YOURSELVES, LABOR IS COMING

Look, I am enjoying this day. A lot. I was well impressed by what Trump said. He earned his moment.

But don’t forget that this is ultimately your celebration. Or failure. Trump is but one man. There is no such thing as a political “Savior.” He can get government off our backs (hopefully), he can lead, and maybe he can even inspire.

But he cannot “save us.” Not from ourselves anyway.

And likely not from foreign powers or domestic saboteurs who wish us harm or to see us fail.

That will almost all fall to us.

We had 8 years of a supposed political savior and you see how that juvenile idea utterly failed (as it certainly had to). Obama was a failed idea because he represented someone to fix us and someone to fix the nation and the world for us. There is no such beast. That is entirely a self-invented and delusional fiction.

So brace yourselves people, your job is just beginning.

If you want Trump then Trump triumphed, he did, and good for him. But Trump is but one man, and if you want Real Triumph, then that falls to us… and to you and me.

Just remember that in all the days to come.

No one is coming to save you from yourselves.

But if you go to work and do what you are supposed to then you will never need a political savior. And eventually, if you are Truly Wise and Self-Disciplined, you’ll realize you don’t need much governing anymore either… 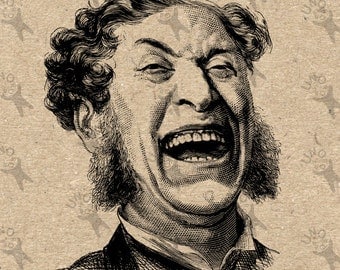 It’s gotten to the point now that I can employ the terms “urbanite” and “modern intellectual” completely synonymously.

I can also now use the terms “wanna-be-urbanite” and “pseudo-intellectual” entirely interchangeably.

And finally, finally – other people instantly understand what I mean. Even without an explanation.

Of course I’ve been saying that for decades now, but at last others are figuring it out too. I’m kinda digging this “Trump-Speech.”

It makes me laugh…

Look, I know that there are a lot of people out there who are saying, “let’s all just calm down and relax and learn to live together. We’re too deeply divided.”

Sounds perfectly reasonable, doesn’t it? Christian and adult and big-hearted even.

But you’re making a set of assumptions based on the fact that the other person must also necessarily be reasonable, adult, and morally conscious.

Entertain, if only for a theoretical moment, that the other person might not be, and might not even want to be.

Because it has been my personal and reliably demonstrable and empirical experience in life that when you have two people in a relationship and one unrepentantly kicks, screams, stabs, runs riot, burns things, attacks the other, yells a lot, shoots at you, lies, manipulates, and throws an endless temper tantrum whenever they don’t get their way that what is really called for is not more hand-holding and saying of, “there, there, baby, everything will be okay… I’m trying really hard to understand you…”

No, what actually happens in real life is that eventually you either separate yourself from, crush, or jail the sociopath.

That is the actual Truth of the matter.

FURRY FURY OF THE LEFT

Today, Americans, do your civic and public duty to Vote.

But far more importantly conduct yourself as an honorable and upright Free Man or Free Woman who needs no president, no congress, and no court upon your own best natures

For the Good and Free Man needs no real government to govern and tax him, no master to enslave and rule him, and certainly never a single corrupt criminal to deceive, domineer (domina), manipulate, and debase him.

Vote to be Free of All That, but no matter what happens make sure you become once again free of all that – even if that means you must Overthrow all of that.

Be not a coward, but a Free Man! Be an Actual American… Politics in this nation should have never been about politics. It should have always only been about higher human enterprises.  Truth, Justice, Honor, Honesty, Liberty, Human Rights, Equality, etc.

But because politics became, and remains, a pursuit of base and grasping power it can only produce the very lowest of animalistic ambitions; greed, avarice, corruption, crimes, and eventually, tyranny.

Personally speaking (as to his nature and personality) Trump is Chaotic Neutral.

Hell, many of you just abjectly believe you deserve to be ruled. Period.

So much for modern Americans…”

America, you don’t have a government. You have a set of theoretical governing principles which your leaders completely ignore, you entirely lack the courage to truly respect or enforce, and which no one takes seriously to any degree at all.

Thus if you had any sense at all you would have understood by now what this actually implies: that you don’t really need a government. Most certainly not the one you have.

But you don’t have any sense at all.

You have unquestioned indoctrination, and an habitual and innate sense of abject submission.

Thus you are as you are…

If you believe that you will advance or repair this nation, much less the world, merely by voting in the upcoming election (or in any election) then you are both an outright and ignorant fool and an intentional and unashamed coward.

Now, don’t misunderstand me – I am in no way discouraging you from voting. That is not my point.

But in a Republic (or even in something as degenerate and pointless as a mere democracy) voting is but a duty, it is never a Solution.

The reason your Republic, hell the reason this world, stands upon a precipice of self-destruction is not because of the people that you do or do not vote for (though every honest man has to know instinctively that you have created this shit-bed for yourselves based upon your relentlessly juvenile desire to “be led“), but this set of situations continues to exist primarily because of your own cowardice and lack of balls.

If long ago you had simply had the courage and the manhood to actually revolt against many of the things you have simply bent the knee to as half-men thralls and soiled fealty-serfs then you wouldn’t be here and you wouldn’t have the “rulers” that plague you and your feckless and impotent generations.

By all means vote, for that is your duty as a Citizen and a Free Man in a Republic.

But do not confuse your duty with an Accomplishment or your obligations with an actual Solution.

Your desperate, degenerate, and unmanly inner cowardice and lack of revolt against widespread and persistent wrong had bred this pathetic state (I mean that both as your internal psychological state and as your political state) upon you, and it is one you richly and undeniably deserve.

And one that you will continue to deserve until you stand up again as Free Men and Free Women.

This nation and this world will not be “fixed” by Trump or Clinton or Johnson, or by any of your “elected officials.” It never has been and it never will be.

Indeed the very idea that you so desperately “need” your leaders to fix things for you is the very reason you are so gutless, ineffectual, and degenerate in the first place.

See, it always works that way with cowardice (for that is the very nature of cowardice)…

With courage, though, it just works.

I know you don’t get that, but you sure as hell need to. And pretty damned quick too.

That would be really, really helpful. For once.

You know, you being the solution that you spend so much time whining and bitching and wishing that someone else would be… for you.