“My father’s is taller still, and has a golden button on top!”
Always go for the golden button on top. That’s where all the good stuff is.
And on a more serious note, it is a real shame that modern man has lost so much of his rural festival and celebration backgrounds, those from both pagan and Christian times.
Those things used to hold us to the ground, made us realize things about time, made us grateful for things working. Losing those things weakens us, make us think that only technology and science is important. (And I do happen to like and to think most science and technology is important just not all-important.) Makes us think we are the inevitable and undisputed masters of our own fate (and nowadays we control much of our own fate, but much still is beyond our control and we should be reminded of that, and appreciative of that).
Most of all though we’ve lost our ties to our neighbors, to the seasons, to the Earth, and to our own blood. And I don’t mean this modern Nazi-era shit of resurgent, hyperzealous, omni-political tribe, race, clan, class, etc. but of our own blood, and bodies, and muscles, and of where we came from. As individuals.
We’re far too urbanized now. Too much like insects in nests and colonies. Too constricted and herded, and herdish. Too puny by ourselves and in nature. Which is where we truly thrive. Despite, or because of it’s hardships and dangers. You can’t become tough or strong in a sheltered, sterile world. Much less stay tough and strong in such a world.
Too weak to wander.
Two other things. Living so far from nature masks of animals might seem creepy I guess. To many moderns. They don’t to me though. They are not scary at all to me.
And yeah, I like the idea of throwing kids over fences. When I was a kid I got tossed over fences on numerous occasions. I thought it was grand.
I hated fences.
28 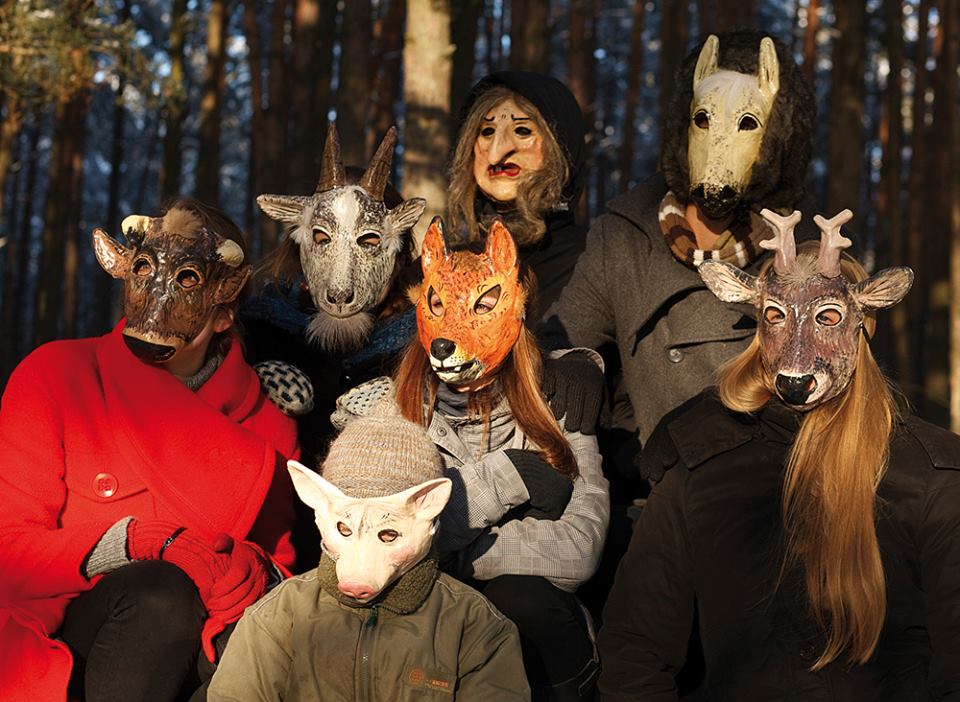 A Latvian spirit in charge of growing flax, Metenis was believed to arrive on a sleigh.

Now Latvians, Estonians and Lithuanians celebrate by sledding, which they believe will make the flax grow longer.

The faster and longer the sled glides, the faster and higher the flax will grow.  Though a ride on a sled, a horse-drawn carriage, or even skating on a pond will do.

Any journey is significant.  People used to walk from farm to farm to encourage the flax and (for some reason) throw children over the fence.

Some popular Meteņi traditions are: wearing masks, chasing away Metenis, searching for the button of happiness, driving away moles from gardens and cooking delicious Meteņi porridge.

To drive away Winter,  a symbolic dragon, straw dolls and logs are burned.  The ashes are spread across the land for a fruitful New Year.

The most well-known masks are a crane, a bear, hay vāls, butthead, Wolf, Gypsy, the living dead and death.

Meteņi is about people eating and drinking as much as they want. During this time pigs were slaughtered, so the traditional holiday dishes are pig’s head and fritters. Parents throw gifts to their children from a height as if the goddess Laima is raining gifts from the heavens. 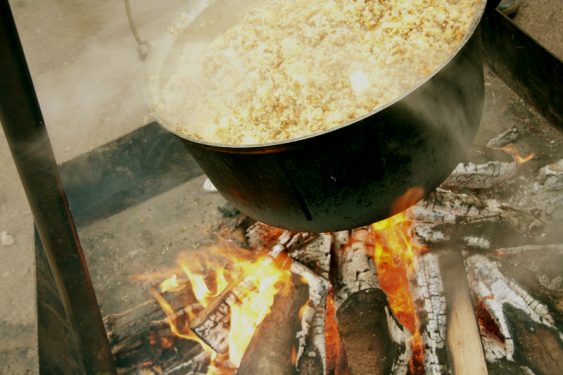 Round shaped scones symbolise the upcoming spring.  Beer used to be specially brewed for the celebrations.  Now you can probably enjoy some very nice craft beers.

If you want to celebrate Metenis Day today, be sure to eat pig, wear a mask and go on a journey.

Just remember – the longer Meteņis is celebrated, the better the harvest is expected following summer.